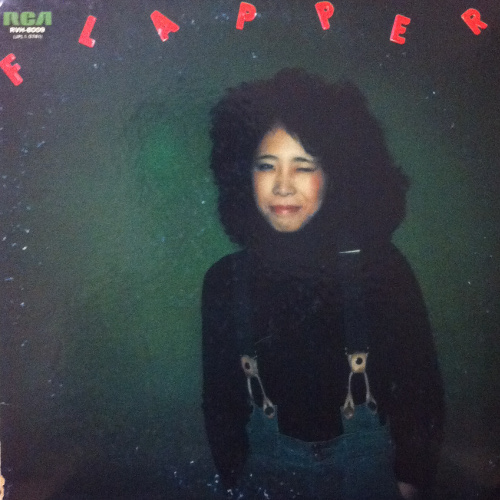 Minako Yoshida is born in Omiya-shi, Saitama Prefecture.
She began composing music as a result of the recommendation of Haruomi Hosono and Takashi Matsumoto who met her when she was a high school student.
She oriented the style of singer/songwriters like Laura Nyro and Carroll King and started live-centered activities.

In May 1971, formed a piano duo “puff” with bassist Noji Yoshiyuki of the blues creation. In the era of amateur activities, she had a connection with musicians related with “Happy-end”. She started a professional career with a flute solo of the song “Ceremony” recorded in November 1972, that was included in the solo first album of Eiichi Otaki.

In September 1973, first album “Winter Doors” produced by Haruomi Hosono was released.
In addition to did back chorus for Tatsuro Yamashita when he was in the RCA / RVC era, she also wrote a numerous number of lyrics.
She also did Kadomatsu Toshiki’s chorus and his chorus arrangement.
In 1985, she produced “THANKS TO YOU” for Suntory’s gift commercial, and received the Silver Award at the 33rd “Cannes International Advertising Film Festival”.

Minako Yoshida is also a first singer of “Yume de aetara” by Otaki Eiichi’s work which is covered by many artists later.
She refused that the single release when she was at the record company, so the single was released after her transfer. Because she does not like the song written by other people to become her representative song.

In addition, in the explanation of “Otaki Eiichi SONGBOOK 2”, Eiichi Otaki said “understanding her feeling well”. On the other hand, he posted a comment stating that Yoshida ‘s version is completely his, and highly appreciated her talent.