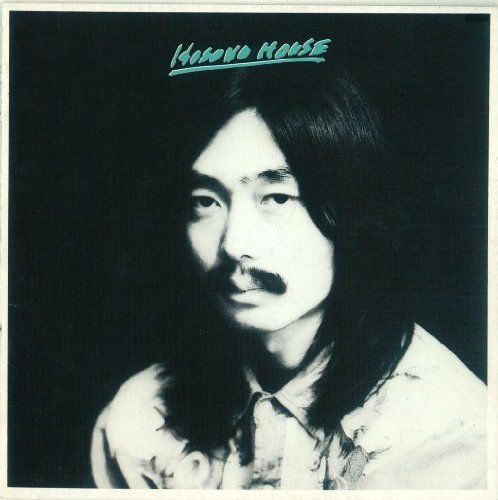 His paternal grandfather was a railway bureaucrat, Hosono Masafumi who was the only Japanese passenger of the Titanic virgin voyage.
Maternal grandfather Takao Nakatani is a piano tuner and his aunt works for a foreign film company.
So, he was familiar with popular music since childhood.

During his studies at the university, he made major debut as April Fool’s bassist in 1969, after his base and numerous bands.
After that, he formed HAPPY END with Eiichi Otaki, Takashi Matsumoto, Shigeru Suzuki, and made the foundation for the Japanese rock scene. (He initially said that he was opposed to singing rock in Japanese).
After the dissolution of HAPPY END in 1973, he formed Caramel · Mama (renamed Tin Pan Alley later) with Shigeru Suzuki, Tatsuo Hayashi, Masataka Matsutoya in parallel with solo activity.
As a performance/producer team, He participated in the music of many artists and produced such as Yumi Arai etc.

In his own solo album, the first “HOSONO HOUSE” (1973) recorded at home that was in the American village of Sayama city in Saitama prefecture.
After that, “Tropical · Dundee” (1975), “Bon Voyage co.” (1976), “Haraiso” (1978) and the Tropical trilogy oriented the tropical paradise with mixed music such as New Orleans, Okinawa, Hawaii, China.
This work, the sound which was famous for foreign criticians.

In 1978 when people interested in using a synthesizer computer music and disco, he formed Yellow Magic Orchestra (YMO) with Yukihiro Takahashi of former Sadistic Mika Band, Ryuichi Sakamoto who was a studio musician at the time.
Originally it was regarded as a band of the planning of Hosono’s own, but in 1980 the activity creates the boom.
As YMO succeeded, he became more famous through media as well, and he is energetic as individuals, such as providing numerous songs to the idol and popular
major song and launching in collaboration with Takahashi of the label “YEN” for discovering new talents.
In addition, he produced “Video · Game · Music” (1984), arranging the sound source of the video game “XEVIOUS” for dance · music, and established game music as the music genre.